Do you enjoy reading (or watching!) Sherlock Holmes novels and TV adaptations? You might be surprised at the Irish connections of the author - Arthur Conan Doyle. 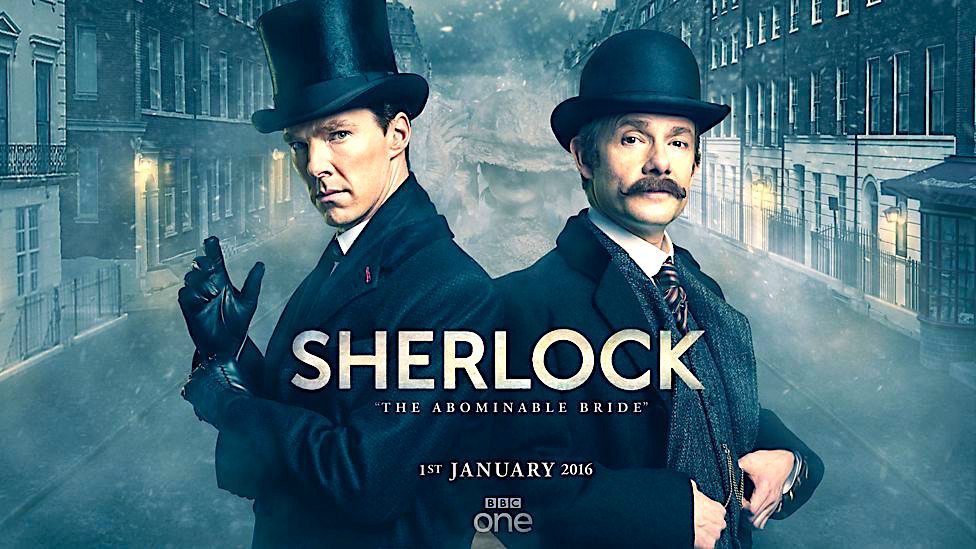 There is so much talk of immigrants in the news around the world today – so I thought it would be useful to examine an Irish view of “immigrants” in ancient times through the names, nicknames and surnames that were often labelled on these immigrants.

Names were given according to appearances – and one word that turned up consistently in both place names and surnames was “gall” meaning “foreigner or “stranger”. We have surnames like “dark stranger” (see below) or place names like “Dun na nGall” – which gives us the anglicised County Donegal.

But to have a little more fun with this – let’s unpick it like a mystery. Who better to help us with the “puzzle” of Irish surnames than the creator of Sherlock Holmes: Arthur Conan Doyle.

One of the interesting things about many Irish (and Scottish) surnames, is that they contain a first name preceded by an “O’ or “Mac” – names such as “O’Brien”.

By comparison, the surname system in England only got going when the Normans installed a hierarchal feudal system. Everyone knew their job and place. So, in England, we have surnames such as Woods, Churchill, Newton – all indicating place, or Carpenter, Cooper, Smith – all indicating occupation.

By comparison, a lot of our early Irish first names chose a quality, or noted the appearance, of a person. We had “one-eyed” (Sullivan), “fierce-head” (Kennedy), “majestic” (Moore) and so on. Those names were from a time when your reputation needed to both precede you and live on long after you were gone. These types of memorable names made sense.

However, we are going to concentrate on three specific Irish surnames today – all linked together through Arthur Conan Doyle.

Doyle was born in Edinburgh on May 22nd, 1859. His father was Charles Doyle – who, while born in London, came from a family in County Dublin. His mother, Mary Foley – arrived in Edinburgh directly from her family home in Dublin. As a youngster, his family experienced quite difficult times due to his father’s alcoholism. However, he was taken under the wings of his rich uncles and sent to a Jesuit college followed by a medical degree. On graduation, he left Scotland for England – where he lived for the remainder of his life – to establish a medical practice. He also started to write fiction during this time and his first story featuring Sherlock Holmes and Doctor Watson was published in 1886. By 1891, he had become one of the best paid fiction writers of the day.

While Doyle’s Irish ancestry was rarely acknowledged in his fiction writing – it was often suggested that Sherlock Holmes represented the cool and civilising reason of the British Empire, while the dastardly Moriarty represented threats to that same empire – including the threats from within Ireland.

Doyle did, however, talk about his Irish roots in his 1924 Autobiography:

“I, an Irishman by extraction, was born in the Scottish capital” from “two sets of Irish wanders who came together under the one roof“.

The Elementary Truth Behind the Surnames in Doyle’s Life.

Doyle is one of those surnames that come up again and again from our readers. Currently, it is the 12th most numerous surname in Ireland.

It comes for the Irish for dark – Dubh, and stranger – Gall. These words came together as a surname in the southeast of the island as O’Dubhghaill – meaning “dark stranger”. This may have been a descriptive term for the dark-haired Danes of the towns and cities of the area, or a name for the earlier Celts who arrived from Wales.

The Gaelic for “dark stranger” has also been anglicised as “McDougall” in Scotland as well as McDowell for a Galloglass family.

I think that Arthur Conan Doyle would have appreciated the meaning behind his own surname – nice and mysterious. What do you think?

Doyle’s mother was a Foley from Dublin. The surname Foley comes from the Irish “O’Foghladha” – derived from the word for “plunderer”. It must have been a nice scary name to have at your disposal in ancient Ireland! Two different groups of Foleys are typically found in Ireland today (plundering must have been popular) – one group around County Waterford and east Cork, and the other around mid to west County Kerry. I’m not certain of the origin of Doyles mother, but I suspect that it may have been from Kerry originally for the following reason.

Who can forget the “dastardly Moriarty”? He was a criminal mastermind – and Sherlock Holmes nemesis. The Moriarty surname comes from the Irish “O’ Muircheartaigh” which is derived from the Irish for “navigator”. This Irish features in many parts of Ireland – sometimes anglicised as McBrearty or McMurty. However, around the modern town of Castlemaine in County Kerry – they were chiefs of the area in ancient times. They were kin to the O’Mahonys and O’Donoghues – and held the area until the arrival of the Norman Fitzgeralds.

You will still find the majority of Moriartys in that part of the world today – and very few “dastardly” individuals among them!

Perhaps Doyle heard his Foley mother talk of names and stories from her ancient homeland (including Moran – Moriarty’s henchman, another Kerry name)?

So, that’s three Irish names for you today – perhaps Doyle might have built a nice mystery around all three entitled: “A Tale of Navigators, Plunderers and Dark Strangers”.

I think I’d buy that book – how about you?

Arthur Conan Doyle died at his home in England in 1930. For his final moments, he gazed into his wife’s eyes and whispered:

A suitable closing line to such a dramatic life.

That’s it for this week, as always do feel free to comment below to share your stories, comments and Irish surnames in your family.