Home » Irish Genealogy & Family History » Do You Have an Irish Mammy in Your Life?

Do You Have an Irish Mammy in Your Life?

Art can provide a visual portal to a time in history that has otherwise faded from collective memory.  In this letter we look at the work of a young Irish painter - Daniel McDonald - who provoked his contemporaries with a revolutionary topic, that still stirs the modern viewer. I was talking to Carina a couple of days back about last week’s letter. In it, we mentioned how hard it is to come up with stories and examples of strong women from Ireland’s past and present.

It seems that the tales and accomplishments of Irish women down through the years have been underplayed, unreported and are generally missing from the history books.

“And then we have Mrs Brown’s Boys … not sure how I feel about her.” Carina mentioned. “The thing is, you turn it on and you can’t stop laughing. There’s a lot of truth about Irish Mammies in that creation.”

Carina was talking about the creation of Brendan O’Carroll – featuring the Irish Mammy, Agnes Brown and her family. This comedy draws crowds up to 10 million when it plays on British TV. Just in case you missed it – here is a short clip to give you an idea:

Did you enjoy that? But, let’s move on and look at the life a truly extraordinary Irish woman. Stay with me to the end, and we’ll come full circle.

The Tale of a Real Irish Mammy.

Maureen McHugh was born in Dublin in 1913 to a family of schoolteachers. She attended University College Galway, and was on track to become a schoolteacher herself, when she decided to surprise her family and enter religious orders as a nun instead.

That did not last long as she met and fell in love with Gerard O’Carroll. So, she left the orders and became a schoolteacher in the north side of Dublin City. However, her career was cut short with the birth of their first child. In Ireland at the time, and all the way to the early 1970s, women civil servants had to give up their job as soon as they had their first child. This struck Maureen as desperately unfair, and she decided to do something about it.

Over the following years, Maureen and Gerard had ten children together – and adopted another from a local reform school. So, you might think that she had her hands full by that stage?

However, Maureen was of this nature – whenever she saw an injustice, she acted and did something about it. In the aftermath of World War II, there was a lot of price inflation in food. Maureen felt that the food companies were taking advantage of the situation, and she founded the “Lower Prices Council”. She successfully took a number of companies to court, and forced them to hold their prices steady.

In 1954, she was asked to become a TD (member of parliament) for the Labour Party in north Dublin City. She successfully contested the election, and became the first female TD of the Labour party – as well as chief whip – for the following 4 years.

Her focus was always on improving the lot of woman and children in Irish society – and she had the chance to put a lot of new legislation in place through her new role. Laws like introducing the new short form Birth certificate – so a child could no longer be labelled as “illegitimate” but was noted as “father undeclared” instead. She was also behind a number of laws that aimed to give women the same rights as men in the eyes of the law.

Her husband, Gerard, died at an early age in 1957 – but even as a lone parent with a young family, she went on to set up a women’s refuge and become a top trade union official. Eventually, she saw that the law requiring women civil servants to give up work on marriage was abolished in the early 70s.

You might think that Maureen O’Carroll was the polar opposite of the Mrs Brown we saw in that earlier comedy clip. However, while still a member of Irish parliament – Maureen gave birth to her youngest son. Her son was called Brendan O’Carroll – and this is the same Brendan who went on to create, and inhabit, Mrs Brown all those years later.

He maintains that while the world saw his mother as an energetic political and civil rights activist – she was like all mothers to their own children. She was so opinionated and forthright at times, that he remembers wanting to “hide her false teeth” to get a bit of a rest. Or the time she would not come out of a supermarket while he was waiting in the car for her – he rang security to report that she was stealing, which got her out of the shop in fairly quick time. He has many more hilarious stories that also show the incredible love and respect he had for his mother.

So, Maureen would probably be “mortified” if she thought other people considered her the inspiration for “Mrs. Brown” – but I don’t think she has to worry. The positive effects that her own achievements had on the lives of others stand on their own merits.

How about you. Have you had – an “Irish Mammy” in your life? Do leave a comment below and let me know. 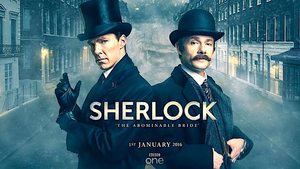