Where do you live on the Irish Ancestry Trail? Are you a member of the Irish Diaspora? When the people of a nation are dispersed and settle elsewhere, their descendants often keep a memory of their ancestral homeland. In section we will discuss how the diaspora of Ireland went to the four corners of the globe, but never lost their Irish identity. Over the years, we have come to call the places where the Irish migrated to around the world "The Irish Ancestry Trail" - a collection of countries around the world that hold a significant proportion of people of Irish descent. 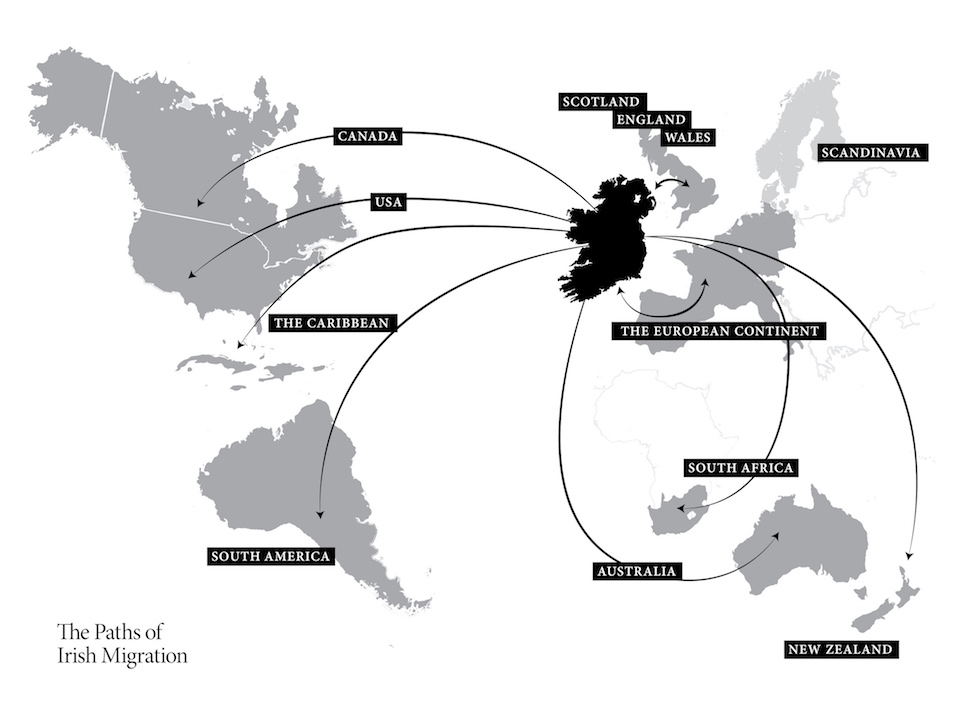 Don’t you just love that word – “Diaspora”? Apparently, it comes from the Greek word for “scattering”. The reason I bring this up today is because Ireland appointed it’s first “Minister for the Diaspora”.

I first remember the word being used in the context of an “Irish Diaspora” when President Mary Robinson used to light a candle of welcome each night in all the windows of the presidential residence. A symbol of guidance and welcome for people of Irish descent spread throughout the world.

Now there are about 80 million people around the world who claim significant Irish descent. Quite amazing for such a small country as ours!

Where You Will Find People of Irish Descent Today.

The following is a rough breakdown of where we find our Irish today:

So, if you were passing on advice to our new Minister for the Diaspora, what would you say? What questions would you have for him?